A 6MP bullet camera with next-generation security analytics powered by AI in a rugged all-metal enclosure.

The ME6 IR DuraBullet from March Networks® delivers 6MP image quality, combined with built-in IR LEDs, allowing you to discern objects in the dark from over 131 feet (40 meters) away. The housing is weather-resistant and vandal-proof, rated for severe outdoor conditions and extreme temperatures.

March Networks’ ME6 IR DuraBullet delivers crystal-clear 6MP resolution and next-generation security analytics powered by AI for the most accurate detection of people and vehicles. All seven of the camera’s analytics can be easily setup and visualized in our Command Client software. The analytics come pre-loaded in your camera and can be accessed without any additional licenses.

▼ Digital Overlay High Dynamic Range (DOL-HDR). The camera blends the best parts of three separate exposures together to combine the most focused, welllit, and colorful parts of the scene.

▼ See better in polluted, hazy environments. The sensor can “see through” adverse conditions to capture details in smog, fog and smoky environments 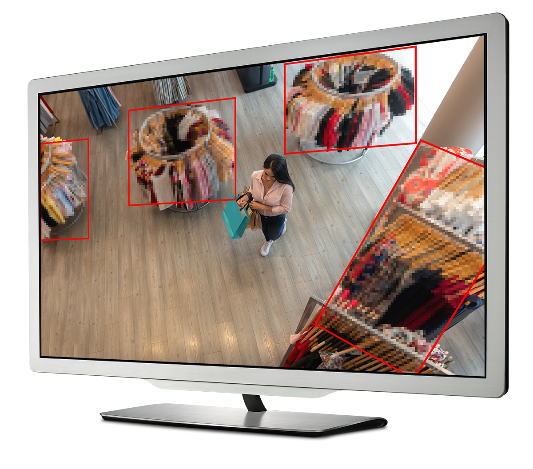 With Digital Overlap High Dynamic Range, the best parts of three separate exposures are blended together to combine the most focused and well-lit parts of a scene. Built-in LEDs allow users to see high-quality, low-noise video from over 131 feet (40 meters) away. The camera automatically adjusts the intensity of the IR LEDs so objects never get overexposed. Housed in a rugged, all-metal casing that is IK10 rated for vandal resistance, the camera’s sensor can see through conditions like fog, smog and smoky environments.

This email address is being protected from spambots. You need JavaScript enabled to view it.